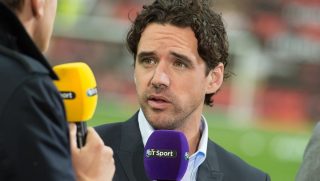 Owen Hargreaves believes Manchester United will finish in the top four this season despite the 2-1 defeat against Wolves on Tuesday.

The BT Sport pundit believes the Reds will join Manchester City, Liverpool and Tottenham in the top four, which would mean Arsenal and Chelsea miss out on Champions League football again next season.

“Tottenham I think will be alright but Arsenal I think will miss out,” Hargreaves said, as quoted by the Daily Star. “Their home form is exceptional but away from home, they are poor. I still think United will sneak in with Spurs and Arsenal and Chelsea will miss out.”

Hopefully, for United’s sake, Hargreaves is right and we find a way back into the top four.

Ole Gunnar Solskjaer turned United’s season around by making it possible to achieve a top four finish again after a dismal first half of the season under José Mourinho.

United know they probably need to win all of their remaining league fixtures to reach this objective, but there’s little to suggest the other clubs going for top four will remain unbeaten between now and the end of the season.

There’s still a lot of football to play.