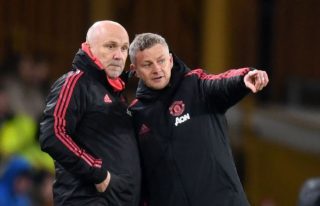 According to the Daily Mail, Mike Phelan has his reservations about signing a deal at Manchester United on a permanent basis.

It mostly has to do with the ‘convoluted’ management and recruitment system.

While it’s no surprise that Phelan has his doubts over United’s recruitment system, the club are seemingly looking to address that with the help of a Technical Director, set to be announced at some point before next season.

Three candidates are reportedly in the running for the Technical Director role.

United are sending scouts to watch football all over the world, but in recent years we haven’t signed enough players worthy of wearing the shirt. Diogo Dalot has a good chance after showing us glimpses of what he can do at right-back and further up the pitch in his first season.

The report suggests that Phelan wants the structure of the club to become clearer, which it should when a Technical Director is in place, but he’s right to demand better communication between the club’s hierarchy and the coaching staff.

That was non-existent in recent years with Ed Woodward giving his best shot in a capacity he’s unable to operate in, at the required level.

Many United fans will be just as happy if Phelan stays than they were when Solskjaer was appointed the manager. He has an important part to play in the club’s history and has helped restore the United DNA into some members of the squad, though they must show that consistently between now and the end of the season.

Losing to Wolves on Tuesday night was an almighty kick in the teeth. And next up we’ve little ol’ Barcelona.