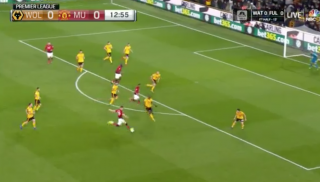 Manchester United have started strongly against Watford and now have a one-goal lead thanks to Scott McTominay.

The Scotland international has played a more advanced role tonight in order to get further forward.

It goes to show manager Ole Gunnar Solskjaer is one step ahead when it comes to trying players in different positions, with it working out more times than not.

McTominay is partnered by Paul Pogba and Fred in the middle. The latter is playing as a defensive midfielder to allow the other two to bomb forward and create opportunities. It’s working really well and United deserve their lead.

United are currently pushing for a second… Wolves are really struggling with our numbers in attack.