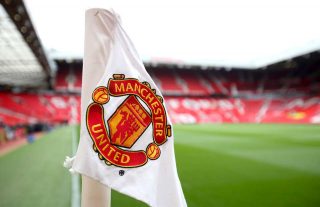 Manchester United’s search for a technical director is ongoing and The Times have published a piece with significant updates on the recruitment process at Old Trafford.

The report even names three candidates for the position, all of which are currently working at United.

“An internal appointment is a possibility,” it said in the report. “John Murtough, the head of football development, Marcel Bout, the head of global scouting, and the assistant academy director Tony Whelan are among those being considered.”

No word on Edwin van der Sar, who would be a good addition in the eyes of many supporters. He is doing fantastic work at Ajax and already knows United from the six years he spent at Old Trafford.

United fans are also told that Ed Woodward hopes to make an appointment before the start of the 2019/20 season.

That would suggest they’ve got a good idea of who they want to become technical director.

It doesn’t clarify where it leaves United’s recruitment plans for the summer, though. The transfer window is only around the corner and Ole Gunnar Solskjaer has probably decided on what targets he’d like Woodward to bring in before pre-season starts.

The Times gave insight into Solskjaer’s relationship with any future technical director.

“The technical director will have an input on transfers and take responsibility for the first -team squad but they will also be involved in the running of the academy. Solskjaer will still have a veto on transfers, as will the recruitment department.”

Former manager José Mourinho was not entirely convinced by a director of football arriving at Old Trafford, whereas the club now feel it is crucial to their progression in the coming years.

It will also make life that bit easier for Solskjaer. The last thing he needs is a disaster summer with Woodward, something none of us are confident enough to rule out.