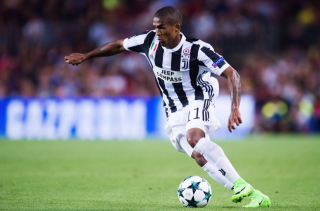 It’s no secret that Manchester United have many, many holes to plug in the squad. Ole Gunnar Solskjaer has a hefty task on his hands turning the playing staff into contenders, but it seems he has his sights set on Douglas Costa from Juventus.

According to Tuttosport, United face stiff competition for his signature from the likes of Spurs, PSG and Manchester City, and the price tag is expected to hit the €60 million mark.

Costa is a real superstar, and though he does have his moments of absolute lunacy (namely spitting at and elbowing Federico Di Francesco in September), these are far outweighed by his positive traits and footballing ability.

He is a speed merchant, he’s skilful and tricky and knows where the back of the net is. Of course, at 28-years-old he is a bit older than perhaps United should be looking at, but as far as the quality goes, he is spot on.

His incident against Sassuolo at the beginning of this season does seem a one-off, I wouldn’t necessarily be worried about him being a loose cannon, but there is always the potential for it to boil back over. He is always a player I have admired, though. He’s one I wished United had signed before he joined Juve, and now that there are links there I have to say it does excite me. Costa on the right wing, Martial on the left and Marcus Rashford up front makes my juices flow quite nicely.

For a star of his quality in this market, €60m would be a snip. Although 28 is slightly more advanced in years, it’s still young enough to get money’s worth out of the signing, there is potential for 4 or 5 outstanding seasons out of Costa and it’s well worth the risk. The name PSG cropping up again doesn’t fill me with confidence, they are becoming a peculiar nuisance, but United should still find themselves favourites. Douglas Costa would be the perfect solution to the wing woes, and United should go all guns for him.