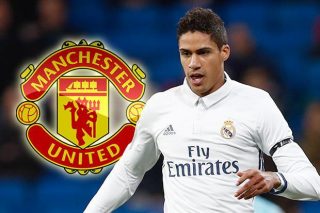 Raphael Varane has reportedly informed Real Madrid of his desire to leave the Spanish giants.

The report comes courtesy of the well-respected Jose Luis Sanchez, amid claims from The Independent that Manchester United view Varane as a top target this summer.

When you translate the tweet above, it is captioned with the headline they’ve gone for: “Varane HAS already COMMUNICATEd to Madrid that he WANTS to GO OUT in SUMMER. Your SALE would be CLOSE to 100 million.”

The 25-year-old is renowned as one of the best defenders in the game and could come with a hefty cost of €100 million, which would make him the world’s most expensive defensive signing.

NEXT: Match Preview: Man Utd to get a modicum of revenge against Wolves

Varane’s contract at Madrid doesn’t expire until 2022, so they’re not exactly under pressure to sell and will likely try to change the player’s mind by holding up any potential exit. That would suggest a dragged out saga running through the entire summer, like we had previously with Sergio Ramos, who ended up signing a new deal at the Bernabeu.

However, it is interesting that a story published by BBC Sport a year ago signalled interest in Varane from United, with Ed Woodward said to be willing to spend £100m. Madrid wouldn’t sell but the meeting took place in Miami.

United didn’t sign a centre-back so hopefully, that will be addressed this summer with a top arrival. Of course, Varane ticks all the boxes but he could be playing the United card to earn a bigger and better contract. That’s always in the back of our minds when we’re linked with Real Madrid or Barcelona players.