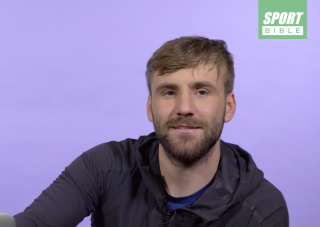 Anyone who has played Sunday League will be able to tell you about embarrassing football moments they’ve experienced, though they might not ever admit it was them at fault.

Shaw evaluates each clip before giving his top three.

The Manchester United left-back uses a number of clips to reflect on his teammates.

He reveals why he got aggressive with Ander Herrera in training.

The England international was United’s man of the match on Saturday against Watford.

As the Reds won 2-1, it was Shaw who provided a wonderful assist for Marcus Rashford’s opener. A slick through ball found Rashy’s run and he waited for Ben Foster to dive before finishing.

It has been a strong season for Shaw despite United’s faults in defence. For too long we wondered if he was ever going to make it as a regular, but this season he has become one of the first names on the teamsheet and earned his place back in the England squad after being overlooked for last summer’s World Cup.