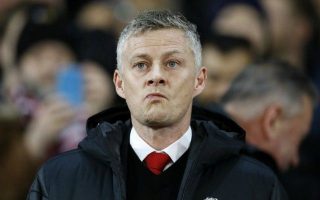 It has been reported that Milan Skriniar is set to agree on a new deal with Inter Milan.

Since establishing himself as one of the best defenders in Europe, Skriniar has caught the attention of a number of European clubs.

The Mirror claim United, City, Chelsea, Liverpool and Spurs are all keen to sign the Slovakian, with an alleged market value of £80 million.

By no means is that cheap but the cost of a world-class defender has risen in recent years, arguably because of Virgil van Dijk’s transfer from Southampton to Liverpool.

NEXT: Man Utd urged to move for Phil Foden and Callum Hudson-Odoi

However, The Mirror also claim that Skriniar has agreed on a deal in principle with Inter regarding a new contract which will see him earn £60,000-a-week.

United could afford to double that so he’d be earning around the same amount per week as, err, Phil Jones!

The Reds need to sign a centre-back this summer and have been linked with several. Kalidou Koulibaly will be difficult to take from Napoli, but I wouldn’t be surprised if United went back in for Tottenham’s Toby Alderweireld.

Meanwhile, The Independent claims Raphael Varane is a top target. There is some doubt surrounding his Real Madrid future too.