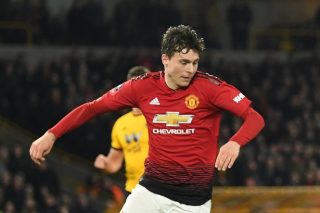 The specifics are not yet known but the Swede rejected a call-up during the international break and has been left out of the Ole Gunnar Solskjaer’s side to face the Hornets at Old Trafford.

Solskjaer was asked about the defender’s absence before the game on MUTV, as quoted below by The Mirror.

He said: “Family issues. He’s had a tough week but will be back soon.”

It’s a blow for United considering Lindelof has been United’s best defender this season, finally looking like the player José Mourinho wanted when he bought the centre-back from Benfica.

However, it is Solskjaer who has been getting the best out of Lindelof.

Marcus Rashford and Anthony Martial look set to lead the line for United against Watford. Both were fit enough to return to the team, but know a win is needed today as they go into the game on the back of two defeats.

Romelu Lukaku is on the bench after nursing a foot injury and missing out on the recent internationals for Belgium.