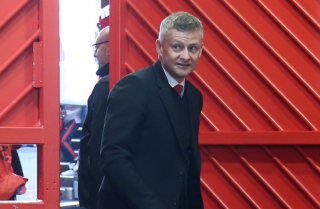 Ole Gunnar Solskjaer has named his starting eleven to take on Watford in the Premier League.

The Norweigan has gone with Anthony Martial and Marcus Rashford as a front two in what appears to be a 4-4-2 diamond formation with Juan Mata playing in behind the two strikers.

NEXT: Preview: Man Utd have too much quality for Watford, even with injury hit squad

Romelu Lukaku is an option from the bench after nursing a foot injury which kept him out of international duty.

It’s a great feeling to have domestic football back after the internationals. While it’s football, there is nothing quite like supporting your club and United still have a lot to play for.

This is Ole’s first game in charge after being appointed the club’s permanent manager on Thursday. The aim today is to get back to winning ways after two consecutive defeats.

See the full-time below.