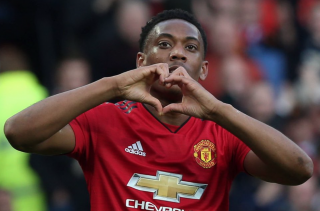 Another three points in the bag!

Manchester United won 2-1 but the Reds were off the pace. Watford were threatening but never created any dangerous chances on goal until they pulled one back through Abdoulaye Doucoure.

Goals from Marcus Rashford and Anthony Martial secured three points for United, who step forward in their quest for a top four finish.

Make no mistake about it, a win’s a win and United’s first goal epitomised the team’s approach by hitting the Hornets on a counter-attack.

United fans took to Twitter at full-time to give their thoughts on the game.

We’ve really made it hard for ourselves today. We were cruising and now we’re hanging on.

FT | United 2-1 Watford. An uncomfortable performance but goals from Rashford and Martial secure the three points on what could be a big weekend in the race for the top-four #mufc

FT: United 2-1 Watford. United far from at our best on Solskjaer's first game as permanent boss. A goal late on from Doucoure made it nervy, but Rashford and Martial's 10th Premier League goals of the season secure a crucial three points in the hunt for the top 4 places.

2-1. Not the best performance but at this stage of the season it’s about getting the job done. Shaw MOTM for me. pic.twitter.com/VUVPsbZwoy

Anyway, three points in the bag. Extremely poor today except Shaw who was excellent today.

3 points – thats all i care about

3 points. The climb and grind continues. Good win when not at your best. Another quality win. #MUFC

What an ugly ass match lol but it's 3 points

On to the next

Enjoy your Saturday everybody

Thoughts on win against Watford:

At this stage of the season, it is all about getting the wins and putting the three points on the board but Ole won't be happy with what he's seen. Sluggish throughout and far from the performance we've become accustomed to under him. We'll take the 3 points and move on.

Watford will roll over and play like clowns v City in the Cup. Wankers.

On the basis of today’s performance, Van Gaal wasn’t as wrong as some made out but United still won. You will take wins like that during the business end of the season. Important 3 points for #MUFC. Wolves next.

Three points in the bag. Not the best of games, but we’re at the stage where we’ll take any type of wins. Onto the next. #MUFC