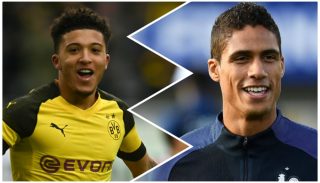 Miguel Delaney of The Independent claims Ole Gunnar Solskjaer will have a strong financial backing this summer with Manchester United willing to give him whatever it takes to succeed as the manager.

The team is in need of investment if Solskjaer plans on fighting for the biggest prizes next season. United probably need at least four signings to have any chance of mounting a real challenge, but even at that, the recruitment must be first class.

United finally appointed Solskjaer as permanent manager on Thursday, so there about six weeks before the season ends to prepare for the summer transfer market. While previous managers failed after spending hundreds of millions, it would be bold to claim they always had the club’s backing.

José Mourinho had just been given a new contract before last year’s summer transfer window and he would undoubtedly have a lot to say about his relationship with Ed Woodward in a private setting. The Portuguese tactician hardly had any dialogue with his executive vice-chairman when United were trying to prepare for this season.

NEXT: Man Utd need to be fighting for all the big prizes next season, claims Berbatov

So, this summer we’ll see how serious the club is about getting back on top. They must back Ole to the hills and ensure he builds the team he feels will deliver success.

Delaney claims in his report that Solskjaer “is prioritising a young team with backbone, youth and speed” which sounds like what I want to see from future United teams.

Perhaps the biggest line from the piece is a suggestion that United are prepared to break their transfer record if required, a statement that will excite fans to no end.

With Borussia Dortmund’s Jadon Sancho and Real Madrid’s reported as United’s two top targets, United could make their first signing worth over £100 million.

Among the other names linked with United in the piece are Internazionale’s Milan Skriniar, Barcelona’s Samuel Umtit, Crystal Palace’s Aaron Wan-Bissaka and Chelsea’s Callum Hudson-Odoi.