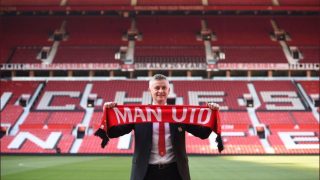 As per usual, there’s a lot of talk surrounding Manchester United and the transfer window coming up.

The big teams take up the most column inches. Expect to read about this non-stop between now and the end of the transfer window as it turns into a tiresome saga, but I don’t expect Pogba to leave United in the coming months. He’s only really got started and the club won’t see him now.

The French midfielder was tricked into talking about Real Madrid when a reporter put a question to him about Zinedine Zidane returning to the club as manager. Pogba went on to state it would be a “dream” to play for Madrid but stated he was “happy” in Manchester.

After last summer, United should be willing to spend big in this window. Solskjaer has just been appointed and deserves a big transfer kitty to build his own team. They should listen to the Norwegian when he demands young talented players since they’re the ones he tends to get the best out of.

There’s a lot of fuss in the press lately surrounding Sancho, the 19-year-old who has shredded the Bundesliga in his breakthrough season. He has been strongly linked with a move to United, with The Independent suggesting we would pay £80 million for the winger. And, right now he appears to have the potential to become one of the best around. That’s exactly the sort of signing you should be wanting United to make. United have also been linked with alternative options in the same position, such as Callum Hudson-Odoi, Hirving Lozano and Gareth Bale.

New Manager – Will Top Players Want To Play for Solskjaer?

This will be asked at some point, so we’ve decided to keep it short.

Paul Pogba is a top player, who appears to love playing under Solskjaer. The same question asks do players want to play for Manchester United? You are entering dangerous territory for stupidity with that one.

If reports are to be believed, Solskjaer feels the need to address United’s attacking options on the right more than anything. We are well-stocked on the left and there’s definitely a lack of balance when the Reds push forward, but the Norwegian shouldn’t forget about other key areas.

Our biggest concern is the defence. It’s not one I see winning league titles. Victor Lindelof has been the team’s most improved player this season and warrants a shot next season, so we’d like to see the club sign a world-class partner for the Swede. Toby Alderweireld, Kalidou Kouilbaly, Milan Skriniar and Kostas Manolas are all possibilities, according to the newspapers. Two central midfielders and a full-back would then give us a strong chance next season.

Director of Football – What’s Going On?

It doesn’t sound like anyone in the press knows how far United have gone to appoint a director of football, but the club’s intentions to hire one remain intact. We were all told after José Mourinho was sacked that a DoF would come in to work with the next manager, but Solskjaer is here without that sort of aid.

The key now is to appoint one. They are leaving it late for this summer’s transfer window, yet targets have been identified already. They must take the example of Bayern Munich’s swiftness in signing quality players like Benjamin Pavard and Lucas Hernandez early on.

Ander Herrera – PSG Trying To Sign Him On A Bosman?

Why wouldn’t they want him? Adrien Rabiot is leaving under a grey cloud on a free and they could have a replacement in Herrera without forking out millions on a transfer fee. Whether they’re actively trying to pursue a deal or not, I think Herrera is happy in Manchester and wants to stay beyond his expiring deal. The club should come to a conclusion with the Spaniard and he’ll end up committing to a long-term contract.