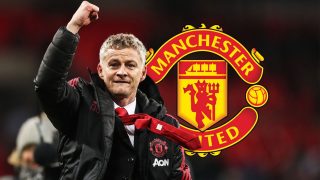 Paddy Crerand spoke to the BBC’s Stephen Nolan on Thursday after it was announced that Ole Gunnar Solskjaer had become permanent manager at Manchester United.

The 1968 European Cup winner talks about how the football has gone from being boring under José Mourinho to enjoyable under Solskjaer.

He dismisses the argument that Solskjaer’s lack of experience in management will mean he’s not cut out for the job. When you consider all of the experience Louis van Gaal and Mourinho had before managing United, it shows you need a lot more than that in your locker.

Crerand also encourages Solskjaer to ask Sir Alex Ferguson for opinions to make use of his managerial expertise.

Interestingly, at the beginning of the conversation, Crerand compares the admiration United fans have for Solskjaer to the same they’ve always had for George Best.

The United legend hit out at Nolan towards the end of the interview when the presenter had a pop at the three-year deal Solskjaer has earned.

Listen to the 9-minute interview below.