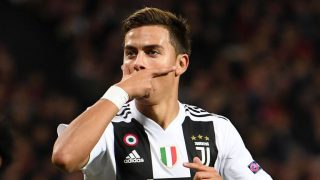 It’s safe to say that Ole Gunnar Solskjaer has made lemonade out of the lemons of Manchester United’s 2018/19 campaign. Seemingly falling short on all fronts last season, finishing comfortably behind local rivals Manchester City in the Premier League and facing disappointing exits from each of the cup competitions, it was clear that United needed investment last summer to catch up on all fronts.

The club ended up signing two players who did not address any urgent needs in the squad or even add to the side’s starting eleven, even though they have potential to be excellent purchases for future seasons. United’s summer window was so poor that other sides overtook them, notably Liverpool, who capitalized upon last season’s promise by investing heavy funds in the side and becoming Champions League and Premier League contenders. United were expected to drop at least one spot off their second-place finish from last season even before José Mourinho’s meltdown.

For Solskjaer to inherit the mess that Mourinho left and make United contenders and arguably favourites for the Premier League’s third position is as much making lemonade out of lemons as any feat performed by any manager in England’s top-flight this season. However, one cannot look at the successes of United’s two main rivals without seeing the missed opportunity to stake a claim for football’s most lucrative domestic title.

The fact of the matter is that  United need to spend big in the summer to reverse this season’s stunted growth. They need improvement in defence, midfield and attack to reach the level of Europe’s top sides on paper, in a spending outlay that even a club the size of Manchester United likely cannot achieve in one summer.

Thus, breaking the Red Devils’ resurrection into two seasons, the first will have to involve a series of players who can lead a title challenge regardless of weaknesses in the squad, but also provide enough longevity to be in or approaching their prime when the eventual quality arrives.

Immediately, a player who fits the criteria perfectly is Juventus’ Paulo Dybala, who has been a tactical outcast since Cristiano Ronaldo’s arrival in Turin. Typically situated behind a striker, the Argentinean has drawn comparisons to Ballon d’Or winner and compatriot Lionel Messi due to his ability to carry teams in attack.

The end product is bread and butter for attacking footballers, and it is an area in which Dybala is no slouch, even if it is not his biggest strength. The 25-year-old has scored in double figures every season since 2014/15, when he grabbed 13 for Palermo, followed by 23 in his opening year at Juventus, 19 in 2016/17, and 26 last season, totalling 71 in four seasons, as per Transfermarkt. Where it becomes impressive is the 35 assists he has also achieved in that timeframe, averaging 26.5 goal involvements every season. (All stats provided by Transfermarkt)

Despite struggling to fit in at Juventus this season, Dybala is just one goal short of double figures and has registered a goal or assist every 155.6 minutes. In comparison, Jesse Lingard, who currently occupies the attacking midfield role in United’s 4-4-2 diamond formation, only directly contributes every 191.7 minutes.

Tactically, Dybala has all the strengths required to fill Jesse Lingard’s role and is an upgrade despite being younger. Often playing from the right for Juventus, Dybala could fulfil the defensive responsibilities currently carried out by the England international, all while adding more shots, key passes, dribbles, fouls won, and more than ten times the amount of successful crosses, according to WhoScored.

Dybala would not only be an elite alternative candidate for the unique role played by Lingard, but he would also offer a variety of options in other positions. Should United please former defender Rio Ferdinand and act upon reported interest in Jadon Sancho, a system where Dybala functions as the main striker with Sancho and Anthony Martial overlapping could create havoc for opposition defences.

The Argentinean solves problems for Solskjaer in both midfield attack. He primarily relieves Paul Pogba as the side’s only creative midfielder. Up front, United have the goals of Romelu Lukaku, the electrifying all-round threat of Marcus Rashford and the x-factor of Martial, but they do not have a player with all three traits. Enter Dybala, who has proven his ability to score goals time and time again but also produce magic in key moments. Juventus’ 2017 dismantling of Barcelona, arguably the highest-profile performance of Dybala’s career, is the best example of this.

If United want to immediately improve upon existing options and mount a fight in the Premier League, special players in their prime who will lead through difficult times are needed in more areas. Paulo Dybala is a player who has demonstrated world-class quality before even reaching his prime, and at what is seemingly a point of transition in his career, a move to Manchester United would allow both parties to reach the next level.