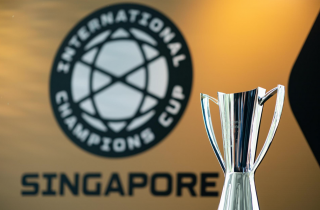 Manchester United’s pre-season tour fixtures have been released ahead of tips to Australia, Singapore, China and Wales.

It all starts with a friendly against Perth Glory on 13 July, followed by meetings with Leeds, Inter Milan, Tottenham and AC Milan.

After a brief stint in Australia, the club will travel east to compete in the International Champions Cup. The Asian section of the competition will consist of four teams as opposed to three, as seen in previous years.

NEXT: Man Utd running out of time, could lose star on a free transfer

It’s a chance for Reds living on the other side of the world to see their stars in action, so this announcement is likely to bring excitement to fans living in Asia.

Dwight Yorke was at the launch event in Singapore with former United teammate Teddy Sheringham, who was there to represent Spurs. Hopefully, they’re joined by Ole Gunnar Solskjaer in the summer.

Ticket information will be available on the official website of the International Champions Cup but they have a pre-sale system set up already which you can register for now.

There has been whispers of another game against Juventus, though it doesn’t feature on the schedule above. We’ll keep an eye on that.