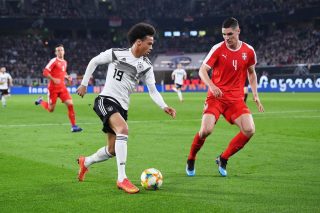 The 21-year-old has been linked with a move to Old Trafford for the best part of a year now after emerging as one of the most talented young players in Serie A.

With that in mind, as well as United’s quest to sign a centre-back this summer, Calciomercato has run a report claiming both Manchester clubs are ready to compete for the Serb’s signature.

While we’ve improved across all departments under Ole Gunnar Solskjaer, our defence is nowhere near good enough to compete at the top and we need to fix that this summer.

It’s been a long time since fans have had reason to be happy to United’s defence over a considerable period of time. The Reds would be on to a winner if they could sign the right fit to partner Victor Lindelof, who has been much better this season.

Meanwhile, at City, Pep Guardiola may consider a fresher pair of legs than Vincent Kompany and Nicolas Otamendi.

Juventus are also said to be interested in signing Milenkovic this summer, which is enough to suggest the player is doing well in Italy.