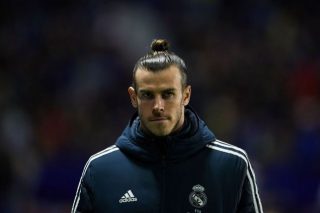 Out of all the Premier League top six clubs, Sky Sports pundit Paul Merson believes Manchester United looks like the best fit for Gareth Bale, who could be on the move this summer.

Bale hasn’t quite performed how Real Madrid would have wanted following Cristiano Ronaldo’s departure. He’s not become the main man and with Zinedine Zidane back as manager, the future at Los Blancos for the Welshman looks bleak.

There are also concerns over Bale’s fitness. He’s either injured or getting injured, one way or the other.

NEXT: Benfica sporting director admits it will be difficult keep hold of star linked with Man Utd

Speaking to the Daily Star, Merson said: “Gareth Bale is good enough to play for any of the Premier League’s top six if he leaves Real Madrid – but how many would actually take him?

“Manchester City and Liverpool don’t need him and for them, it would be a lot of money to invest in someone of his age and with his injury record.

“But most of the clubs below them would love to take the risk if they could afford the transfer fee and wages.

“Manchester United looks like the best fit for him. They’ve tried to sign him before and it didn’t come off, but he’s always felt like their kind of player.

“They will be on the rebuild next season and there could be lots of ins and outs at Old Trafford. They are also one of the teams who could afford him.

Not mention of Arsenal, eh? Merson notes that most clubs wouldn’t pay the transfer fee or wages that Bale would demand, but the Gunners need to do something to help Unai Emery build his own side this summer.

Bale still holds ridiculous value and I think it’s too big of a risk for United to get involved. We can’t have another Alexis Sanchez esque signing and should go back to signing the best young players in the world.

It’s great seeing United linked with moves for Jadon Sancho and Callum Hudson-Odoi, but the reoccurring Bale rumours are boring at this stage. We could sign a younger player who has a higher roof than the Wales star.