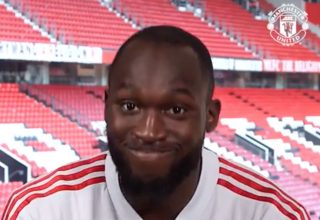 According to Romelu Lukaku, he’s the fastest player in the Manchester United squad.

The striker remains a doubt for Saturday’s home clash against Watford as he has been ruled out of action with a foot injury since last week. Lukaku was forced to miss both Euro 2020 qualifiers against Russia and Cyprus.

It was then decided that Lukaku would return to Carrington and continue his recovery in Manchester.

Lukaku answered some questions from fans for the club’s official Instagram account on Sunday, when he was asked who the quickest player in the group?

He responded by raising his hand and saying: “And people call me slow!”

Who’s the fastest player in the group, @RomeluLukaku? 🤔🙋‍♂️ #MUFC

I would have said Marcus Rashford!