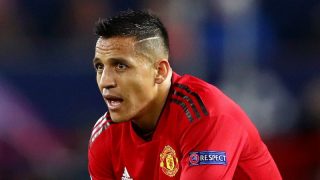 The Chile international has failed to take advantage of opportunities he’s been given at Old Trafford so far.

Since his move from Arsenal in January 2018, Sanchez has scored 7 goals in 52 matches for the Reds.

“New life for Manchester United [under Solskjaer], yes, across the board except for Alexis Sanchez – who had no life before and has no life now at United,” Moreno told ESPN. “I don’t think he’s going to go to Juventus either.

“Because you look at this if you’re Juventus and say, ‘Uh uh, I’m not touching that whatsoever’.

“I think Alexis is going somewhere.

“He may just be released or bought out or whatever the case may be for United, I don’t think he plays for United from here on out.

“He’s been given multiple opportunities and he’s not taken advantage of them.”

Sanchez has been incredible frustrating since his arrival. We thought he was the missing piece to the jigsaw in attack, a world class addition… but how wrong were we?

He looks miles past his best and could be looking at the end of his career soon. His days at the highest level are definitely coming to an end, which is a blow for any player.