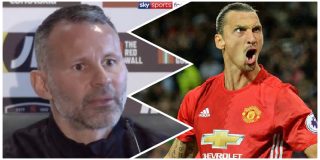 Manchester United legend Ryan Giggs has responded after Zlatan Ibrahimovic was critical of the iconic Class of 92 for ‘complaining all the time’.

Singing from the same hymn sheet as former manager José Mourinho, the Swede clearly does not appreciate the punditry some of our former players have turned to after retiring from football.

You can say Gary Neville and Paul Scholes were most vocal during Mourinho’s reign as manager, but I can’t say it ever came across bitter or even disruptive.

These lads all care for Manchester United as much as you and I, though Ibrahimovic had a different view when speaking to The Mirror.

“They are not there anymore. They are on TV and complaining all the time because they are not active in the club.

“If you want to work in the club go and search for work in the club. So you can be on TV and always complaining and criticising. Yeah, OK, you’ve had your time – we know it.”

However, Giggs has responded with a brilliant comeback, as a fan with a passionate view on all things United.

“When you play over 3,000 games between us, we’re going to have an opinion,” Giggs said, as per the Manchester Evening News. “Sometimes positive and sometimes negative but I don’t think that has any bearing on results.

“We’re supporters of the club together with other ex-players who are on TV and radio – that’s what football is about, having different opinions.

“But obviously he knows more about the club than us.”

“Obviously he knows more about the club than us” 👀

Ryan Giggs responds to Zlatan Ibrahimovic’s claims that ex-players have too much of an influence at #MUFC.

It’s hard not to be when you’re a United fan, but I’m firmly in Giggs’ corner here.

Ibrahimovic was an incredible player for us and one I wish had joined the club earlier. However, every big club has former players who appear in the media more than others. They’re usually in that position for good reason and I always want to hear what the lads have to say – whether I agree with it or not.

Every fan, pundit and ex-player has the right to an opinion. It’s not as if Ibrahimovic is too shy to share his own! 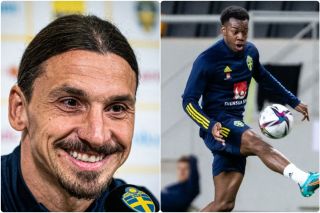 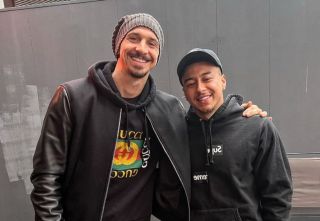