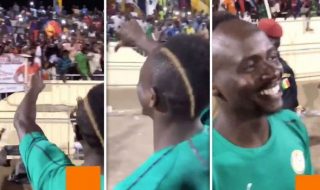 Liverpool star Sadio Mane made his feelings known when a group of Senegalese Manchester United fans unveiled a banner after national team training.

Senegal take on Madagascar in their final African Cup of Nations qualifier on Friday and Mane has linked up with his international teammates, including Napoli’s Kalidou Koulibaly.

The in-form Liverpool forward noticed a group of United fans in the stands where they had been training. It was a call for his international teammate Koulibaly to leave Napoli to join Manchester United.

Not wanting to see a world-class player like Koulibaly join a domestic rival, Mane approached the United fans giving a thumbs down and waving his finger with a cheeky grin across his face (pictures below from The Express) 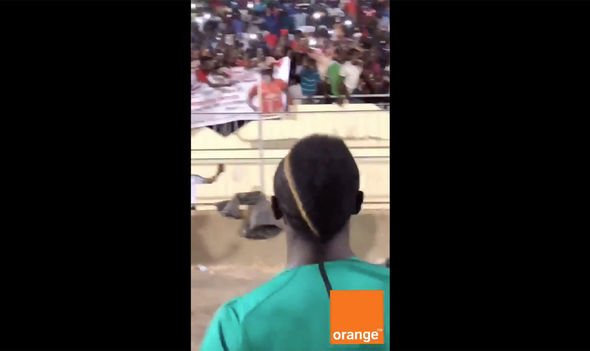 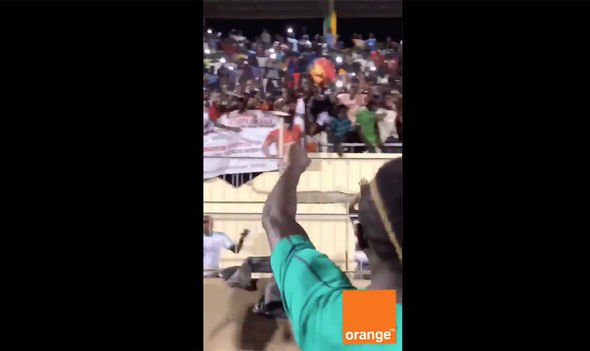 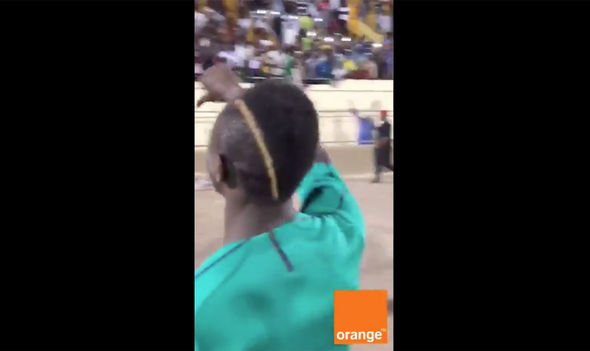 The Napoli defender has long been linked with United, as per ESPN, and is viewed as one of the best in his position.

United have been shaky at the back this season and we now know José Mourinho wanted the club to sign a defender last summer, though he never got his wish.

The 27-year-old is likely to become the most expensive defender ever if he moves from the Serie A outfit this summer, should the Naples side decide to cash in on their most valued assist?

As a United fan, you want to see the best players in the world play at Old Trafford each week, and Koulibaly certainly fits into that bracket. This is a player who would transform our defence.