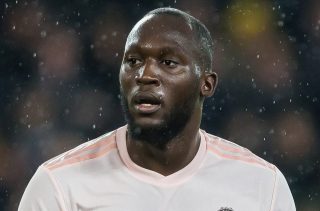 Romelu Lukaku linked up with the Belgium squad despite missing Manchester United’s FA Cup defeat at the weekend with a foot injury.

There are now fears he will miss Belgium’s upcoming games against Russia and Cyprus, meaning manager Roberto Martinez must now call upon another striker to fill Lukaku’s void. The former Everton boss has Dries Mertens, Christian Benteke, Divock Origi and Michy Batshuayi to select from.

After missing training with his international teammates on Monday, Lukaku was sent for an MRI scan to determine the extent of the injury.

Ole Gunnar Solskjaer will hope it’s nothing serious, though some of the best football Marcus Rashford has played this season came when Lukaku wasn’t in the team. The boss, however, has been trying to get both players firing to meet this season’s objectives as a team.

The 25-year-old is Belgium’s all-time top scorer with 45 goals in 79 international caps.