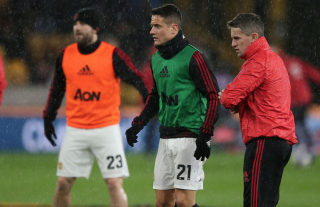 Manchester United getting knocked out of the only tournament they could have realistically won comes as a blow, but the Reds have more time to prepare for Barcelona now and must gain enough momentum to believe they can beat the La Liga champions.

United crashed out of the FA Cup after losing their quarter-final tie to Wolves at Molineux, 2-1. It would have been amazing to win something under Ole this season, but we’ll have to wait after missing out on the opportunity to equal Arsenal’s record in the competition (13 triumphs).

As you can from the fixture list below, United have under a month to prepare themselves for the first leg against Barcelona after a chance to set the record straight against Wolves in the Premier League.

The Reds can’t afford to put their foot off the gas in the league to ensure we are still in with a chance of securing a Champions League spot.

Considering the FA Cup semi-final dates are pencilled in for April 6 there would have been an overload of fixtures after the international break and we are already looking tired and losing enough players to injury.

With some of the lads heading out on international duty, it should give the others a chance to do some light training in attempt to reach previous levels. Our two recent performances show tiredness as a damning factor, with intensity levels not quite what they were…

So, still a very busy April in store for United. It’s make or break now.