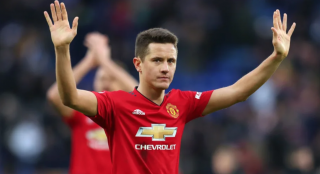 The caretaker boss will be without Ashley Young due to suspension after he picked up his second yellow card of the competition in the last round versus Chelsea.

Diogo Dalot is likely to replace Young at full-back with Antonio Valencia and Matteo Darmian still ruled out with injury.

Eric Bailly is another option for Solskjaer but he had a nightmare against Paris Saint-Germain earlier this month, while Phil Jones should be closer to the team now after overcoming illness.

In midfield, Nemanja Matic returned from injury against Arsenal and is likely to keep his place in the team, in a midfield three also consisting of Paul Pogba and maybe Ander Herrera, who returned to training this week.

Scott McTominay, Andreas Pereira and Fred are other midfield options with all three getting runs in the team lately after the squad was hit with an injury crisis. They coped well and showed enough for us to believe they’re good enough to stand in between now and the end of the season, especially after beating PSG away from home.

Anthony Martial didn’t start last time out but he was on the bench. The Frenchman would be a miss to any side, so it’s great to finally have him back. Hopefully he’s ready to start.

Meanwhile, Romelu Lukaku is a doubt after hurting his foot so we should see Marcus Rashford lead the line with Jesse Lingard or Juan Mata returning to the right flank. We’ve gone for Lingard, as seen below, but Solskjaer has big decisions to make.

Wolves have no injury concerns so manager Nuno Espirito Santo will be going all out to cause a shock in the cup.

Both teams are fighting for a place in the semi-finals.