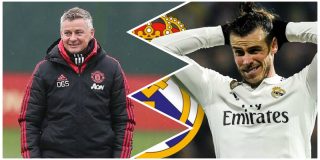 Ole Gunnar Solskjaer wants Manchester United to keep looking out for quality players to sign but refused to comment on any names being linked with a summer moves to the club.

From a media perspective, Solskjaer is keeping his cards close to his chest as has been the best policy for managers in the past. A footballers value in the market would rise if the manager of Manchester United publicly expressed an interest in signing him.

Moreover, it is bold and unprofessional for managers to speak out about transfer targets when they’re under contract elsewhere. It’s not the thing to do…

When asked about United’s interest in Gareth Bale, Solskjaer said, as quoted by Sky Sports: “I can’t really comment on Gareth Bale or specific names because they’re property of other clubs. But we should look for quality players, definitely, and players who could improve us as a team.”

Attention will turn to building a good enough team to win the Premier League once this season ends. That must be the aim for Solskjaer and United going forward, as well as regularly finishing in the latter stages of the Champions League.

Then we can start thinking about European glory again.

But the Bale saga is not going away anytime soon, even though I, for one, wishes it would.

The Welshman had his chance to join United (on more than one occasion) and we’re not looking at quite the same player anymore. Bale is also injury prone meaning he’d lose value quickly as he reaches his 30s…

United should be looking for younger talent with potential to become even better than Bale. Jadon Sancho anyone?