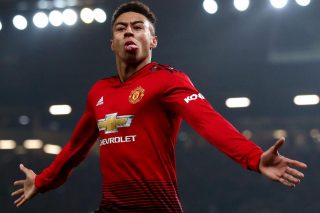 Ole Gunnar Solskjaer has named his side to face Wolves in the FA Cup quarter-final.

Diogo Dalot comes in for the suspended Ashley Young, while the rest of our defence remains the same as recent weeks.

It’s a boost to see Ander Herrera back in the line-up, with United setting out with their strongest midfield possible, completed by Paul Pogba and Nemanja Matic.

The front three, as predicted in our predicted line-up, consists of Jesse Lingard, Marcus Rashford and Anthony Martial.

A win would take United into the semi-finals and significantly boost our chances of winning silverware this season, which would come as a remarkable achievement for Solskjaer, though something we feel he deserves.

We mustn’t forget how rarely it is Wolves, a newly promoted Premier League side, get this far in cup competitions, and they will feel as though they’ve as much a chance of winning it as us.

That’s the way they need to be feeling before this matchup and I expect them to put up a real fight. They’re currently the closest side to the top six at the moment and they play brilliant football at times.

See the confirmed line-up below.

Here it is – the #MUFC starting XI for our #EmiratesFACup quarter-final against Wolves!