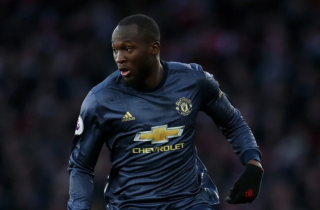 Romelu Lukaku has made the latest Belgium squad but head coach Roberto Martinez is waiting to see if he plays in the FA Cup quarter-final against Wolves on Saturday, but several reports claim the 25-year-old is ruled out.

More injuries for Ole Gunnar Solskjaer to deal with, though he will be relieved to have most of his key players back in action.

While the timing collides with an international break, it’s far from ideal to be ruled out after just hitting top form. Lukaku’s all round game was better against Arsenal but we paid the price for his wasted chances on goal.

Lukaku is understood to have picked up an ankle injury against Paris Saint-Germain last week so it could be the case of aggravating that knock by playing again at the weekend.

🚑 Axel Witsel is out

United have other striking options like Marcus Rashford, Anthony Martial and Mason Greenwood to come in and fill Lukaku’s void.

The Daily Mail also specify that Lukaku has changed his diet to become leaner after being criticised for gaining mass.

But isn’t it interesting that Martinez has gone and selected Lukaku despite there being doubts over his fitness? The last thing he needs, along with an ankle injury, is to rush back which could ruin the rest of his season for United.