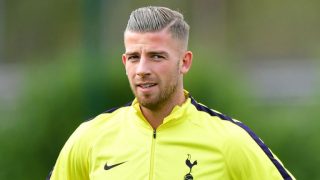 While it is claimed by the Mirror that Manchester United are keen to beat Barcelona and Juventus to Toby Alderweireld’s signature, Tottenham are reportedly resigned to losing the Belgian centre-back to their Premier League rivals.

Spurs know they will be forced to sell Alderweireld for £26 million should they receive that amount during the final two weeks of the summer transfer window, so they won’t have much say in the matter if it comes down to that.

Talk has quietened down lately on the Alderweireld to United front, though it is interesting to see it resurface again after a report cited by The Metro suggested Ole Gunnar Solskjaer had dropped plans made by the club to move for Kalidou Koulibaly in the summer.

And, it would be a shock if United just made attacking additions this summer when the defence has been below bar for years.

So if Koulibaly has been marked off the list, Alderweireld wouldn’t be the worst option. That said, it would stink of penny pinching from suits above, getting a good deal for a 30-year-old rather than spending more on a realistic target who is better and with more potential.

It would be a shame to see United pass on the Senegal international, with all signs that a deal was probable, but Solskjaer surely has something up his sleeve if these reports are to be believed?

Some will point to the new deals given to Phil Jones and Chris Smalling. Most would shake their heads in disbelief.