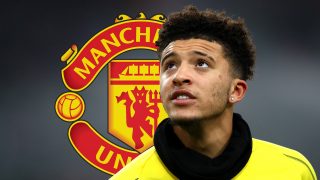 This week The Independent ran a story claiming the 18-year-old Borussia Dortmund starlet is United’s prime target for the summer and they’re willing to spend approximately £80 million for his signature.

An incredible breakthrough season in the Bundesliga has seen Sancho linked with not only Europe’s elite, but he received his first call up to the England squad and a return to home full-time may appeal to the youngster.

He has scored nine goals in 31 games across all competitions this season, contributing to what has been a good season for Dortmund, currently second in the table albeit after a recent blip.

And Nicol, speaking on ESPN, cannot see Dortmund putting up much of a fight if United come in with big money.

“Well everybody would want him,” Nicol said, as quoted by The Mirror. “Manchester United have shown that they have the money.

“Dortmund have shown that if the price is right then they will let anyone go. So I say yes, Sancho will go to Manchester United.”

He’s right to say everyone would want Sancho and you can be sure there are Liverpool fans out there hoping Jurgen Klopp would use his ties at Dortmund and try make a deal happen. Isn’t that why they were so heavily linked with Christian Pulisic in recent years?

Sancho would be a fine addition to United’s attack – finally adding a specialist right winger with pace to the mix. United would be a potent force with Marcus Rashford and Anthony Martial joining him in the final third.