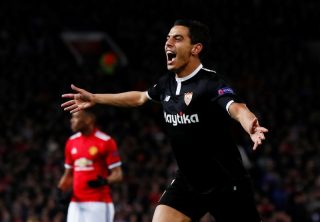 This suggests Ole Gunnar Solskjaer could add to his list of attacking options this summer, with The Independent claiming Jadon Sancho is our prime target for the right wing at a whopping £80 million.

With an estimated market value of £31.5 million according to Transfermarkt, Ben Yedder has scored 26 goals and registered eight assists in just 42 appearances for the La Liga side.

Ben Yedder came on as a substitute and almost single-handedly knocked United out of the Champions League last season by scoring two goals.

Now he could be on the verge of joining the Reds, but do we really need to sign another striker?

Marcus Rashford and Romelu Lukaku have both shown great form under Ole Gunnar Solskjaer, who is now trying to find the best system for both strikers to play in.

Meanwhile, the left side of attack will be occupied by Anthony Martial when fit and the right still needs improving, so speculation surrounding Sancho is indeed very welcome.