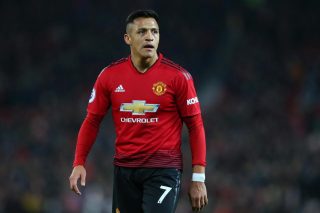 Former Arsenal footballer Ray Parlour has given his view on Alexis Sanchez by suggesting Manchester United should try their luck with a swap deal for Real Madrid’s Gareth Bale.

There is no denying at this stage, over a year since he signed, that Sanchez has been a flop at United.

It is impossible to even find traces of the player who was at his prime in an Arsenal shirt. Now he looks flushed.

Bale’s future is in even more doubt now following the return of Zinedine Zidane, but surely that ship has sailed for United to sign the Welsh star? He’s 29, injury prone and not exactly setting the world to light this season.

NEXT: Jurgen Klopp rattled by Gary Neville ahead of Bayern Munich clash

As for Sanchez, does anyone really think Real Madrid are going to be in for him this summer? They’re probably going to spend big again to ensure they’re back at the top of European football next season, and I’m talking more Eden Hazard and Harry Kane than Alexis Sanchez…

On talkSPORT, Alan Brazil accuses Parlour of not liking Sanchez. A claim the former Arsenal man strongly denies. He continues by explaining how he told United fans they got a bargain after he joined, but things haven’t gone as planned.

See the clip below.

“Man United should go to Real Madrid and try to do a swap.”

What do you make of this? 🤔 pic.twitter.com/umOZKQd28x