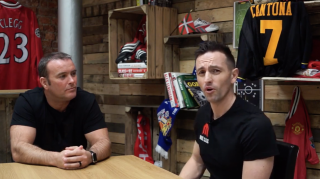 Former Manchester United winger Ben Thornley has revealed that Sir Alex Ferguson had paid him a visit at his house to convince him to sign for the Reds.

A product of the famed Man United youth academy, Thornley joined United in 1993 and was regarded as one of the finest young players of that era. But an injury sustained during a Reserves’ game against Blackburn Rovers saw Thornley’s United career take a dent, as he could appear only nine times for the senior side.

Now a pundit at MUTV, Thornley was talking on the Mike Clegg YouTube channel and he opened up about his early days as a player in Salford. He revealed that he was picked up by United when he was on the books at City.

He opened up about the time when Sir Alex and Brian Kidd came to his house to convince him into joining United.

Thornley said: “I was at Man City up until the point when Sir Alex and Brian Kidd actually turned up at my front door on Friday night.

“They wanted to speak to my parents and convince them after they had sent scouts to see me play. When I played for Salford Boys, we were right next to the Cliff Training Ground. They regularly sent scouts as they did for Ryan (Giggs), who was a year older.

“They convinced me that Manchester United was the place where I should be. With that, I told my dad to ring Man City to tell them that I no longer will be there.”

Thornley left United in the summer of 1998 and joined Huddersfield Town, where he made over 100 league appearances for the Terriers.