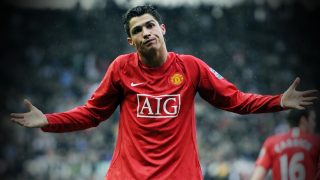 Premier League vs La Liga vs Serie A…

On Tuesday night Cristiano Ronaldo reminded everyone once again of his greatness.

Juventus went into the game with a 2-0 deficit, like Manchester United in the amazing second leg against Paris Saint-Germain, and needed to come from behind with at least three goals to qualify for the Champions League quarter-finals.

Ronaldo knew all eyes were on him ahead of the game.

European football is his everything and he remains in contention to add to his five Champions League titles after a hat-trick secured Juve’s place in the next round.

Must be sick of the sight of him 😂 pic.twitter.com/4ki9RZzAjM

When asked about the toughest league he has ever played in, the former United star said: “In my opinion, in the Italian league, it’s more difficult to score than in the Spanish league,”Ronaldo said, as per the Irish Mirror.

“The Spanish league is more open, the teams risk more, the priority here is to defend well and then attack. In Spain it is not like that, it is always an open game.

“I also played in England for five years and I think the league in which it is more difficult to score is the Italian one.”

It seems crazy asking Ronaldo about the toughest league he’s played in when he has always made football look so easy winning trophy after trophy.

Ronaldo scored an amazing 118 goals in 292 games for United where his incredible career really launched.

Despite signing for United at the young age of 18, it wasn’t long before everyone thought the club has landed a gem.

“I have always lived away from home since I was 11-years-old, so I have no problems adapting to another country. I went to England at 18, to Madrid at 25 and to Turin at 33. It is not difficult for me to adapt to a different country or culture.”

The draw for the Champions League quarter-finals takes place on Friday.

Juventus and United will be looking to avoid one another.