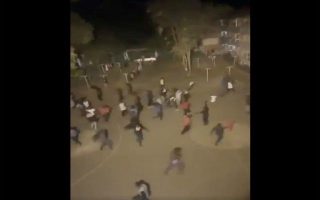 They started celebrations at the final whistle by running out onto the streets singing “Ole, Ole, Ole, Ole, Ole!” in tribute to United boss Ole Gunnar Solskjaer.

This shows just how much the club means to supporters worldwide and it proves that the level of excitement surrounding the Reds has risen following Solskjaer’s appointment as caretaker manager.

United were after coming from a two goal deficit in the first leg at Old Trafford to beat PSG 3-1 in Paris, qualifying thanks to an away goal.

Watch the clip of the supporters going crazy on the streets of Kenya below.

Man United fans celebrating tonight’s win in Kenya. The love for this club is universal 🌍 pic.twitter.com/eVWfc71SNe

Ole this are your fans from Kenya pic.twitter.com/VosiRI3KqR