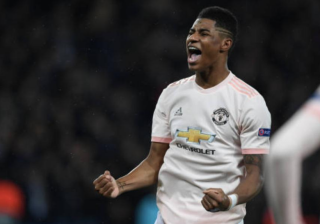 We take a look at five things we learned from last night’s memorable comeback against PSG in the Champions League.

The job is Ole’s – no question about that

Ole Gunnar Solskjaer has made it impossible not to give him the job at the end of the season.

To go through the way we did was phenomenal and it just goes to show how Solskjaer is the perfect fit for United going forward.

Watching our attacking players improve under the Norwegian has been fun, and everyone seems to be enjoying football again.

Nobody gave us a chance against PSG when the draw was made yet Solskjaer believed in his players, even with a depleted squad hit by injuries, and got the best result possible with his team.

It no longer feels like he’s caretaker manager. The job is his.

He never looked fazed by the occasion and last night was one of the biggest of his career to date.

The 21-year-old played Romelu Lukaku in for our first, drove a powerful effort at goal which Buffon failed to deal with, again aiding the Belgian striker in front of goal, and scored a tie-winning penalty in stoppage time.

Rashford has balls of steel!

VAR may have its faults, but not in my eyes. Not right now.

I still feel ill from anticipating the penalty call. It dragged on but after seeing replays of the handball incident, you just knew it had to be given.