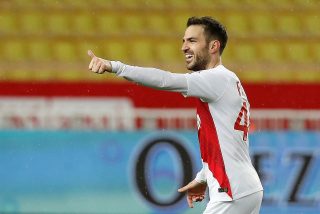 What happened to PSG? They were expected to cruise through to the quarter-finals, weren’t they?

They either bottled it or underestimated United, maybe both, but we can have the last laugh and look forward to the draw for the quarter-finals.

NEXT: Video: Man Utd fans in Kenya go crazy celebrating win over PSG on the streets

The French champions had already won 2-0 at Old Trafford in the first leg, but threw away their advantage by losing 3-1 in Paris, with United going through thanks to a late Marcus Rashford goal.

PSG were without Neymar, but United’s injury problems were far worse.

Ole Gunnar Solskjaer was without 10 players for the game and had three teenagers on the pitch at full-time. He believed in the players he had available and their repaid his faith.

Many will argue the win wasn’t deserved. PSG dominated possession in the first half with United trying to be compact at the back.

United’s football was criticised by former Arsenal and Real Madrid player Julio Baptista. He tweeted the following in Spanish: “Football has those things!!! Passes for the next round a no-merit Manchester, which was limited to play and defended the whole game, counting on the luck to win the PSG…

“The Manchester being big as it is you can’t afford to play like this if you want to win a Champions League.”

“Everyone plays with their guns and United had at least eight casualties of very important players.

“They left juvenile boys in the last 20 minutes because they had nothing else. Have you been lucky? Yes. But they deserve respect for fighting and believing until the end.”

Fabregas is spot on to take the injury crisis into consideration. United would have went forward more with players like Paul Pogba and Anthony Martial in the team, but the French duo were both ruled out.