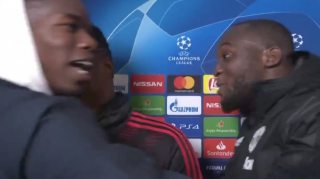 Marcus Rashford’s late penalty completed one of the greatest results in Manchester United history as Ole Gunnar Solskjaer’s side beat PSG 3-1 to go through on away goals at the Parc de Princes.

United’s depleted side dealt with wave after wave of attack from the French Giants, and Romelu’s Lukaku’s brace and Rashford’s winner secured a historic United victory.

United’s valiant effort looked in vain late on with hopes slipping away, but Diogo Dalot’s shot was deemed by the referee (via VAR) to be handled by PSG defender Presnel Kimbempe, paving the way for Rashford to fire home the resulting spot-kick.

“I think it was just about keeping a cool head. That’s what you practice for. I wanted to take it,” Rashford told BT Sport as per the BBC.

“Those moments are the moments we live for, and we want to come out of them smiling after.

“Everything seemed to be against us but we’re used to surviving these moments and we proved that again. We keep pushing and bettering ourselves.

“It’s a beautiful thing, to have 10 players injured too, but it’s an opportunity and it’s what they deserve.”

This result must go down as one of the club’s greatest ever, with ten first team players missing through injury or suspension against a PSG side so dominant in their domestic league.

See below match-winners’ Marcus Rashford and Romelu Lukaku’s thoughts on the win, including a brief appearance by the delighted Paul Pogba!