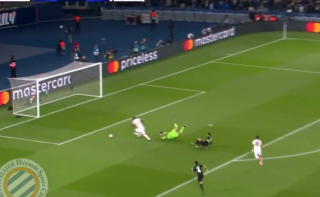 Is this really happening?

Manchester United need to win at least 3-0 tonight if they are to qualify for the Champions League quarter-finals.

Everyone said we needed an early goal and that’s just what we got!

The goal came from Romelu Lukaku, our man in form, the man among the goals. He rounded PSG goalkeeper Buffon easily before striking the ball home.

That’s his fifth goal in three games for the club and hopefully it’s not his last of the night.

We need to keep PSG out now and keep creating chances.

As Solskjaer said before the game, nothing in football is impossible. He would know that.