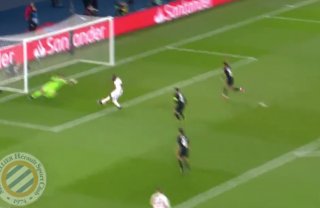 The Belgian netted the game’s opener early on but United’s lead was cancelled out early with PSG equalising.

NEXT: (Watch) Lukaku scores early goal to give Man Utd chance of incredible comeback vs PSG

It’s Lukaku again with the goal though, he’s in some form at the moment.

So far it hasn’t been a memorable night for Buffon, who was rounded easily for Lukaku’s first. Even the best make mistakes!

That goal puts United back in the game and there’s a good feeling about it now.

That is if Eric Bailly can get his act together at the back. The centre-back has been played on the right and has never looked so uncomfortable in a United shirt.