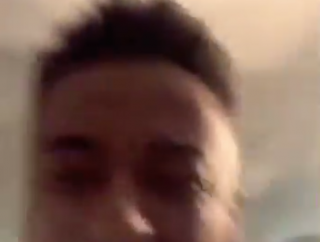 We know Jesse Lingard and Marcus Rashford are close mates, but the former could not contain his excitement as Manchester United won the game in stoppage time.

The game took a massive twist towards the end when United thought they had won a corner. Fans were getting ready for one last chance on goal to win the tie, but the referee called for VAR.

Diogo Dalot’s effort on goal which initially won a corner-kick had struck the arm of a PSG player on the way out.

The officials were left with no other choice but to give the penalty.

As cool as a breeze, Rashford stood up and smashed the ball home to score his first United penalty.

Lingard, who appears to have watched the game at home, recorded his reaction to the winning goal for social media.

Think a lot of us will have angry looking neighbours in the morning!