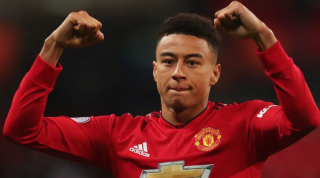 Jesse Lingard has sent words of encourage to his teammates ahead of Manchester United’s difficult test against Paris Saint-Germain.

The Reds travel to Paris for the second leg knowing they’ve to comeback from two away goals.

It looks unlikely that United will be able to pull of such a feat, especially with the amount of players out injured and Paul Pogba suspended, but anything is possible in football. Ajax against Real Madrid is a great example.

Lingard is one of those players absent through injury but he’s let his teammates know that he will be supporting them throughout the game.

Devastated to not be part of the squad tonight. Nights like tonight are what I dream of being involved in. I’ll be supporting the boys though and know they’re ready for the battle! Let’s go United!! #MUFC pic.twitter.com/FVCzUEbRvP

The England international says he is ‘devastated’ to miss the game. European nights like these are what footballers dream of, so hopefully United can pull off a shock and Lingard gets to play in the Champions League again before next season, which is not guaranteed yet.