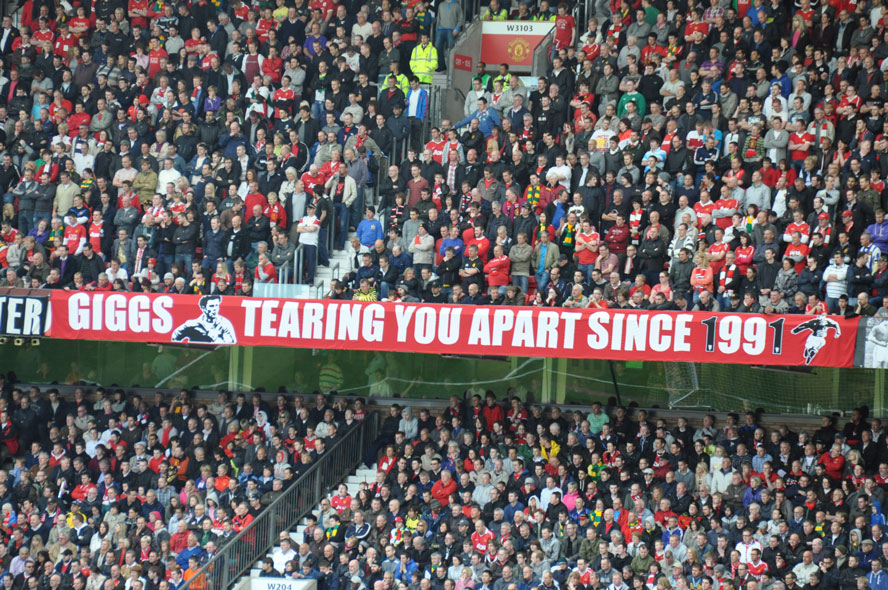 Manchester United are set to introduce a dedicated singing section within Old Trafford next season, in an attempt to improve the atmosphere at home games.

The newly created ‘atmosphere section’ will be located in the first tier of the Stretford End, after successful trial runs in the past two seasons.

NEXT: Solskjaer praises Man Utd goalscorer who scores more than his teammates in training

United have also brought in more accessible seating for disabled fans in the 2019/20 season.

The club have been working with supporters groups in a bid to improve the atmosphere inside Old Trafford, and this new singing section shows that United are actively looking for solutions to match-going Reds’ concerns.

The atmosphere at home games has always caused much debate around Old Trafford in recent years, with many fans taking issue with the lack of noise around the stadium. Some fans, however, would argue the brand of football seen in the post Sir Alex Ferguson era has not given them much to shout about.

Meanwhile, the club have announced they have frozen season tickets for an eighth straight year.

Richard Arnold, United’s group managing director told the Telegraph: “The support from our fans and the atmosphere they generate is incredible, so we’re delighted to be freezing season ticket prices once again in recognition of that.”

The number of season tickets has been limited to 53,000, and United claim there are another 100,000 fans on the waiting list.