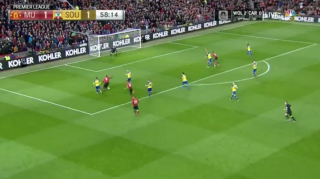 Manchester United have turned the game on its head.

Two goals in less than 10 minutes. That’s what United needed to do to get back into the game after going in 1-0 behind at half-time.

The first goal was an absolutely peach by Andreas Pereira, who curled the ball from distance into the top corner.

Then just minutes later Romelu Lukaku pops up to continue his scoring form to make it 3 goals in 2 games.

Pereira has now been involved in two goals today. That’s what you call taking your chance, and hopefully he keeps it up.

This is the sort of form United need the Belgian in as we reach the business stage of the season.

With Spurs and Arsenal drawing at Wembley earlier, this is a must win game that could see the Reds rise into fourth and bridge the gap from third.