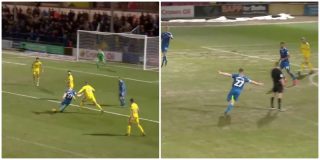 Right into the bottom corner. Take that out!

Ethan Hamilton, 20, is currently on loan at Rochdale from Manchester United.

Unfortunately for him, Rochdale are struggling in League One, positioned 22nd, but at least Hamilton is getting games under his belt in order to develop as a player.

NEXT: Pogba to be named Man Utd captain with Valencia set to leave in summer

There has been some positivity for Hamilton at the Spotland Stadium, though. He has scored goal of the month for the second consecutive month (January & February).

Hopefully, he can bag another few before the season ends and help Rochdale avoid relegation to League Two.

Watch his Rochdale goal of the month for February below.

📊 Our @howarthtimber Goal of the Month poll has closed. Thanks to everyone who voted 👌

It’s a second consecutive Goal of the Month win for @ethanhamilton98! His goal against AFC Wimbledon got 53% of the vote 👏 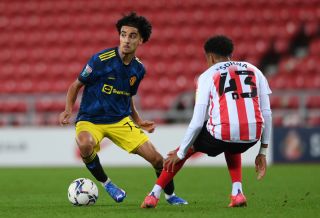 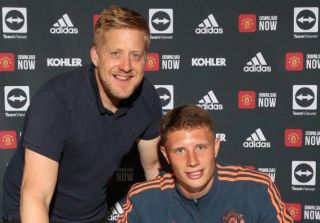