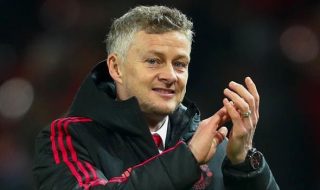 It would take something devastating for Manchester United to not give Ole Gunnar Solskjaer the full-time job beyond this season.

Solskjaer is on the verge of securing his dream job with his incredible impact since taking over from José Mourinho in December.

The Reds now have a strong chance of qualifying for next season’s Champions League. An objective that no longer seemed possible prior to the Norwegian’s arrival.

NEXT: Ashley Young thanks Man Utd fans for fantastic support home & away

If the club feels they’ve found their man, they’re bound to give him a big say in United’s summer business.

According to a report by talkSPORT, three players have already been identified.

Crystal Palace right-back Aaron Wan-Bissaka is one of the names reportedly on United’s target list.

The youngster would be a popular upgrade on Ashley Young, but where does that leave Diogo Dalot? He has shown glimpses this season that he has what it takes to be a top full-back for United.

Napoil’s Kalidou Koulibaly is another to feature to little surprise. United need a world-class defender and he fits the bill.

However, securing Koulibaly’s signature would probably make him the most expensive defender of all-time, surpassing Liverpool’s Virgil van Dijk.

Barcelona have agreed a mega-money deal to sign Ajax teenage sensation Frenkie De Jong, who could push the Croatian out of the team, giving the Catalan giants an opportunity to take the former Sevilla midfielder off the wage bill.