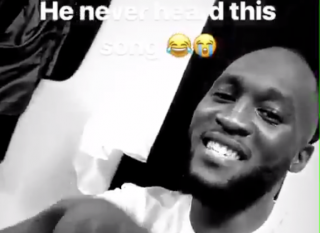 The Manchester United dressing room was in high spirts after beating Crystal Palace 3-1 at Selhurst Park.

Romelu Lukaku netted a brace while Ashley Young secured the win with United’s third goal on the night.

It was a solid performance from the Reds, who didn’t flatter spectators but got the job done in difficult circumstances, considering how caretaker manager Ole Gunnar Solskjaer has had to deal with an injury crisis.

Lukaku was quick to upload a video to his Instagram Story after the match, featuring teammate Alexis Sanchez, who admittedly was average again in attack.

But in the video Lukaku sings along to the Thong Song. You know, the one by ‘Sisqo’ that sticks in your head.

Well, according to Lukaku, Sanchez hasn’t heard the song before but he appears to enjoy it.

You can hear other players singing along in the background.