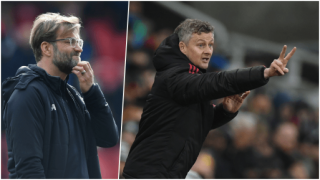 Liverpool are currently leading the Premier League, bridging a one point gap from last season’s champions Manchester City, while Tottenham drag on behind in third place.

Unfortunately, Manchester United are some way off and will prepare to challenge next term.

But The Sun claims Solskjaer told his United players that Liverpool will NOT win the title and that Jurgen Klopp’s men can only play counter attacking football and lack creativity with no playmaker, after selling Phillipe Coutinho to Barcelona last year.

This belief is allegedly based on Liverpool’s failure to break down teams and his view that the Merseyside outfit are not as good as his United side.

The newspaper claims to have spoken to a United source, who is quoted: “Ole was very blunt about Liverpool with his players and clearly believes they do not have enough to beat City to the title.

“He thinks they are very one dimensional, lacking creativity.

“He certainly has faith his team are a better outfit.”

Funnily enough, only yesterday I reflected on Liverpool this season, questioning how their fans felt about the German coach’s midfield this season. It’s packed with grafters, players who will run all day and work hard, but lacks a cutting edge to put opponents to the sword. They are reliant on a strike force that worked tremendously last season but anyone watching Liverpool this season will admit attacking transitions are less potent.

Liverpool fans, are you happy with your midfield? Curious because to me, it’s a group of grafters and you lack real quality in that area. #LFC

For instance, United completely shut them out on Sunday after making three substitutions before half-time to accommodate an injury crisis, and David de Gea hardly had a save to make.

It was the golden opportunity for Liverpool to make more ground on City to win the league and they blew it.

And, it’s not crazy that the boss feels his side is better than Liverpool.

Since Solskjaer took over are caretaker manager, United are on a better run of form in the league than Liverpool, despite the Scousers sitting in a strong position for the title. They showed amazing spirit against a side many expected would wash us away not too long ago.

Do you agree with Solskjaer — is this Manchester United team better than Liverpool’s?