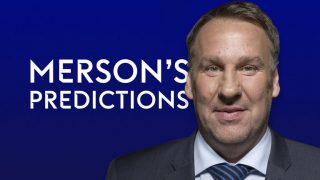 Sky Sports pundit Paul Merson is back with another round of Premier League predictions for the midweek fixtures. Manchester United take on Crystal Palace at Selhurst Park and he expects the Reds to be faced with problems.

The main reason for that being our sudden injury crisis.

It’s never an easy trip for United, with Selhurst Park almost being a bogey ground for the Reds, but this rejuvenated bunch of players need to win if they’re to keep a grip on the fight for top four.

There’s not enough time to cry over missing personnel. Ole Gunnar Solskjaer and some his fringe players must take their opportunity while the others are out nursing injuries.

Merson’s prediction, as per Sky Sports: “United have got a lot of injures, Palace had a great result at Leicester… I’m going for Palace in this one! All of a sudden, I think United will be four points behind the top four.

“I want to go for United, but they’ve got too many injuries to too many key players. They’ve come at the wrong time for United.”

Sure, United are missing some big names for their trip to Crystal Palace, but they still need to get the job done. There can be no excuses.

Solskjaer has faced tougher opponents only to prove he’s quite the tactician as well as the happy-go-lucky guy United called upon to steady the ship after José Mourinho left a dire working environment at the club.

Palace won’t make it easy but United should have enough in the tank to push them over. On paper, this United side still looks strong, on paper at least.

Paul Merson: “We’re talking about the biggest club in the world. United in the long run need to win the Premier League. They’re not going to fall in the Arsenal way of just finishing top four for the next ten years. That’s not Man United. They want to win the League.” #mufc

The Eagles are positioned 14th but could still find themselves in a relegation battle. At the same time, they could finish mid-table, so manager Roy Hodgson will demand fight from his players tonight.

Taking anything from tonight’s game would be a huge boost for Palace’s season. We’ll have to mark Wilfried Zaha closely and ensure that Michy Batshuayi doesn’t get the ball in dangerous areas.