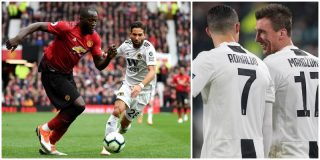 Romelu Lukaku wants to join Juventus but only if he is forced out of Manchester United.

That’s according to The Sun, who claim United could look to sell the striker when the transfer window opens.

The prospect of linking up with Cristiano Ronaldo at Juventus will undoubtedly appeal to Lukaku, who has never ruled out a dream move to Serie A, but the Belgian should be focused on setting the record straight at United first.

Lukaku scored 16 goals in the Premier League last season so you only need to compare that to his tally for this term (8) to see the drop off in performance levels.

The attacking football played under Ole Gunnar Solskjaer has yet to make any real difference to Lukaku, which is a surprise considering the team should provide more chances in front of goal.

An Old Trafford source told The Sun: “Lukaku’s preferred destination would be Juventus if he leaves the club.

“He is an absolutely massive fan of Ronaldo. He has lost his regular spot but not rocked the boat at all so far.

“The feelers are already out in both camps. We’ll have to wait and see but it’s going to be a busy summer.”

The report adds that Inter Milan are one of a few clubs in Serie A showing interest in Lukaku.

And, Juventus could be on the lookout for a new striker this summer, with Paulo Dybala linked with a move away, as per Goal.

He has lost his place in the team to Marcus Rashford but there’s no reason he can’t win it back. Lukaku needs to start finding the back of the net again and soon! 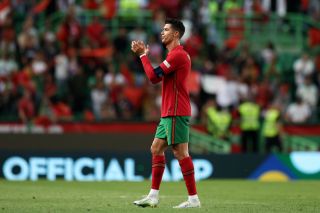